Listerism: Antisepsis and the Roots of Modern Surgery 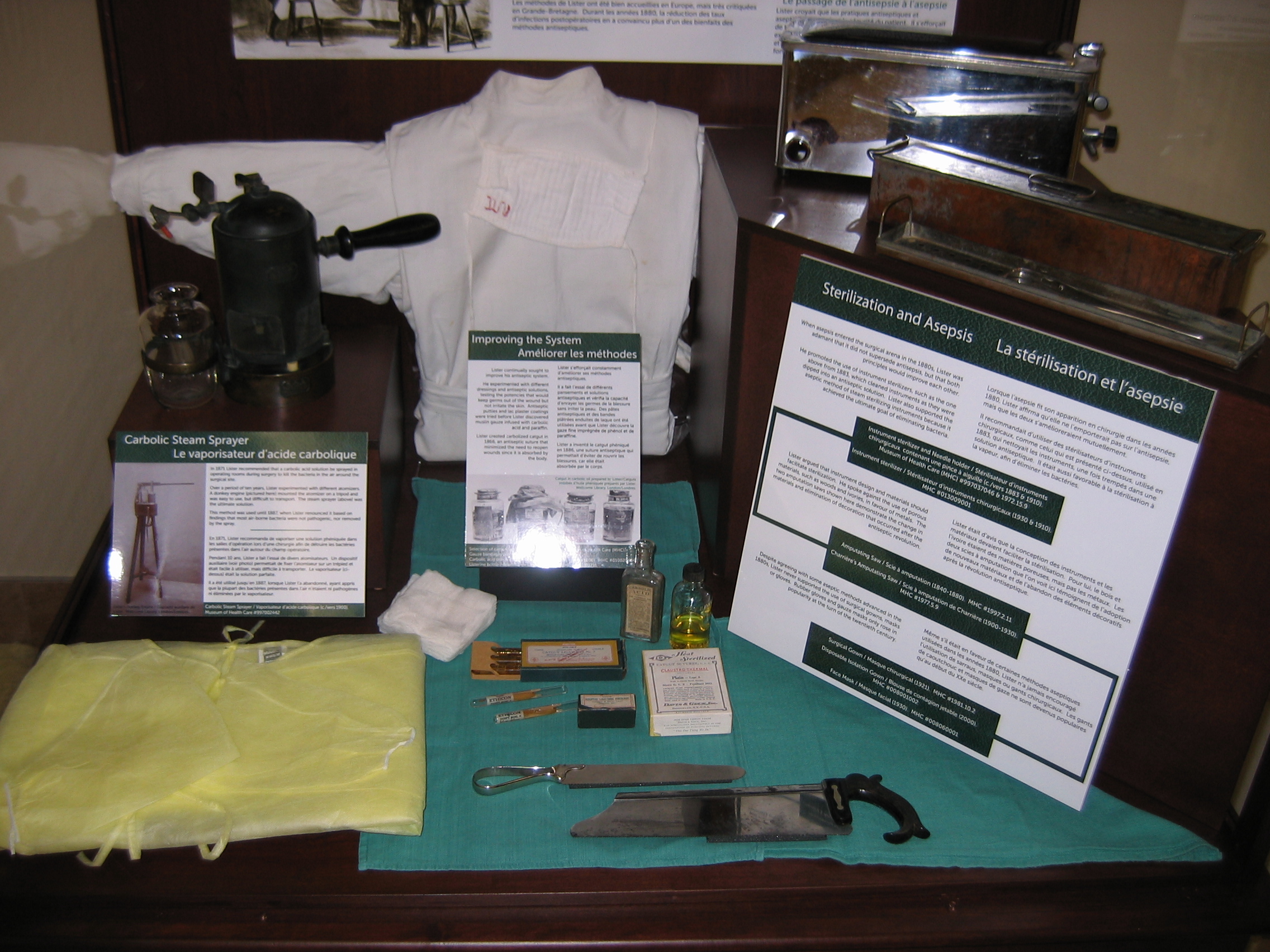 Explore an online version of this exhibit on the Royal College website.

Lord Joseph Lister revolutionized surgery in the late 19th century by introducing antiseptic methods.  These drastically reduced the incidence of infection and death, enabling the field of surgery to expand rapidly.

Until the late 19th century surgical interventions were extremely risky.  Approximately 35% of all amputation cases succumbed to infection caused by unsterile practices.

The cause of infection was poorly understood.  Some believed diseases were spread by bad air (miasmic theory), while others thought they were transferred by something in the air or on the body (contagionism).  Only when Pasteur proved germ theory in the 1860s was the cause of infection explained, but it was not accepted by everyone.

Lister’s antiseptic system, explained first in The Lancet in 1867, relied on carbolic acid as an antiseptic to exclude airborne infection.  Lister packed and covered wounds with lint and gauze soaked in carbolic acid, and then layered these with tin and plaster to create a barrier to the air.  Using this method, he witnessed a 15% reduction in post-surgical infections.

In 1871 Lister recommended that a carbolic acid solution be sprayed in operating rooms during surgery to kill the bacteria in the air around the surgical site.  The steam sprayer was used until 1887, when Lister renounced it based on findings that most air-borne bacteria were not pathogenic, nor removed by the spray.

Lister’s system was well received in Europe, but widely critiqued in Britain.  By the 1880s, though, declines in the rates of post-operative infection were convincing many of the benefits of antiseptic practice.

From Anti- to Aseptic Practices

Aseptic practices were introduced first in the 1880s, and include thermal sterilization and the use of surgical gowns and masks to exclude surface-born germs.

Lister believed that both anti- and aseptic practices were necessary for the safety of the patient.  For example, he supported steam sterilization of instruments and argued that instrument design and materials should facilitate sterilization.  He spoke against the use of porous materials, such as woods and ivories, in favour of metals.  Despite agreeing with some aseptic methods advanced in the 1880s, Lister never supported the use of surgical gowns, masks or gloves.