Tuberculosis Through the Ages

Tuberculosis has a long history.  People have been getting sick from tuberculosis since we began walking upright!  Over the years, different cultures have understood tuberculosis differently – what caused it, how to cure it – but the underlying effects of the disease are all described similarly.

Explore the timeline to discover how scholars, physicians, and artists understood and described tuberculosis over the centuries.

Ancient Egypt: We know that the Egyptians suffered from tuberculosis 5500 years ago. Mummified remains dating to 3400 BCE have been found with tubercular lesions, and tomb drawings and sculptures of hunchbacks suggest to many scholars that some Egyptians suffered from Pott’s disease. Medical papyri, such as the Ebers papyrus, also describe treatments for lung ailments that bear great similarity to tuberculosis. 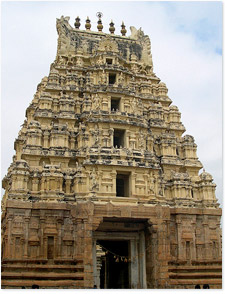 Ancient India: Ancient Indian texts refer to the treatment of consumption. The Rig-Veda, written c. 1500 BCE, describes conditions that suggest pulmonary tuberculosis. The Ayur-Veda, written in 700 BCE, states that, "the physician who wants great fame cures a man attacked by consumption." The symptoms and diagnosis of the disease were well understood by this point, and the recommended treatments included improved diet and hygiene.

Text from the Rig Veda
Image in the Public Domain, http://en.wikipedia.org 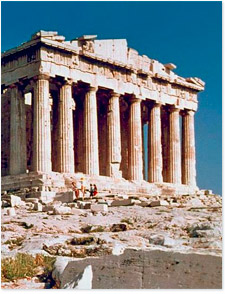 Ancient Greece: The Hippocratic Collection is a compilation of sixty medical books written over the course of several hundred years. Though the number of authors is unknown, it is speculated that as many as twenty different authors contributed to the works. The most famous among these is believed to be Hippocrates, a Greek doctor who revolutionized medicine by disassociating disease with spiritual causes. Written between the fifth century BCE and 200 CE, tuberculosis – or phthisis, as it was then called – is referred to several times:
"Phthisis most commonly occurs between the ages of eighteen and thirty-five years." Aphorisms – Section V, no. 9
"In persons with phthisis, if the sputa which they cough up have a heavy smell when poured upon coals, and if the hairs of the head fall off, the case will prove fatal." Aphorisms – Section V, no.11 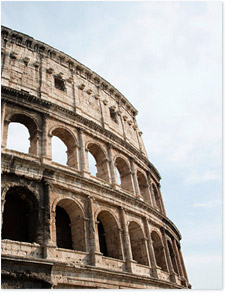 Aretaeus the Cappadocian, writing c. 200 CE, included a very descriptive chapter on phthisis in his work, On the Causes and Symptoms of Chronic Diseases. He described the phthisical patient: "Voice hoarse; neck slightly bent, tender, not flexible, somewhat extended; fingers slender, but joints thick; of the bones alone the figure remains, for the fleshy parts are wasted; the nails of the fingers crooked, their pulps are shriveled and flat, for, owing to the loss of flesh, they neither retain their tension nor rotundity; and, owing to the same cause, the nails are bent, namely, because it is the compact flesh at their points which is intended to support them; and the tension thereof is like that of the solids. Nose sharp, slender; cheeks prominent and red; eyes hollow, brilliant and glittering; swollen, pale or livid in the countenance; the slender parts of the jaw rest on the teeth, as if smiling; otherwise of cadaverous aspect. So also in all other respects, slender, without flesh…" 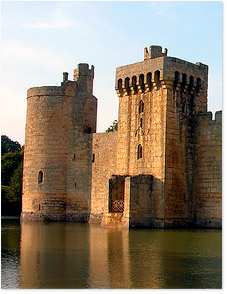 The Middle Ages and Early Modern Europe: For centuries many people believed that tuberculosis might be cured by the touch of royalty. The practice of having Kings and Queens touch the ill, particularly those with scrofula, to cure them dates as far back as 496 CE. It was believed that God gave the power of healing to the true line of royalty. Edward I (1272-1307) reportedly touched 533 people in one month, while Philip of Valois (1328-1340) touched 1500 in one ceremony. Charles II, King of England from 1660-1685, is said to have touched nearly 100,000 subjects in an attempt to cure them. In 1772, as part of his coronation ceremony, King Louis XV of France laid hands on over 2000 individuals inflicted with scrofula. The practice of ‘healing hands’ continued into the eighteenth century in England and into the early nineteenth century in France. Shakespeare’s Macbeth describes the Royal Touch:

Strangely visited people,
All swoln and ulcerous, pitiful to the eye
The mere despair of surgery, he cures,
Hanging a golden stamp about their necks,
Put on with holy prayer: and ‘tis spoken,
To the succeeding royalty he leaves
The healing benediction
—Macbeth, Act 4, Scene 3, 171-7

19th Century Europe and North America: During the 19th century tuberculosis was commonly called the White Plague because of the pallor of its victims. In the midst of the Romantic Movement in art and literature, tuberculosis symbolized tragic beauty. In 1852 Henry David Thoreau wrote: "decay and disease are often beautiful, like the pearly tear of the shellfish and the hectic glow of consumption." Those suffering from the disease were idealized because of the intensity of emotion they could experience and their heroism in the face of tragedy. So many artists were afflicted with tuberculosis that the disease became associated with them. After the peak of the Industrial Revolution the incidence of tuberculosis increased, causing the Romantic view of the disease to fade. Tuberculosis continued to be a popular subject in literature, though. Thomas Mann’s The Magic Mountain (1924) is considered by some to be the most influential work of twentieth century German literature. In it the protagonist visits his cousin in a Swiss sanatorium, only to come down with symptoms of tuberculosis himself and remain at the sanatorium for seven years.