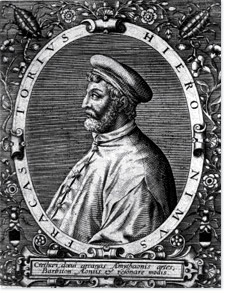 Hieronymus Frascastorius (1483-1553): In 1546 Frascatorius hypothesized that diseases could be transmitted through particles that could exist outside the body for years. Few people accepted his idea. 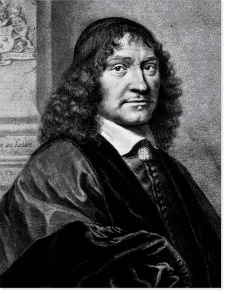 Franciscus Sylvius (1614-1672): Sylvius discovered hard nodules in the lungs of one of his patients during autopsy and associated them with the symptoms of phthisis. He also suggested that disease could be spread in the air exhaled by diseased persons. 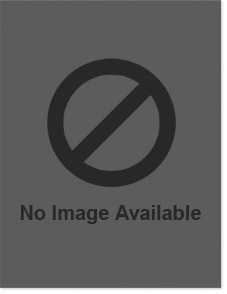 Benjamin Marten (1704-1782): In 1719 Marten proposed that diseases were caused not by "malignant humours" in the body but by "some certain Species of Animalcula or wonderfully minute living Creatures that, by their peculiar Shape or disagreeable Parts, are inimical to our Natures." There was little response to his theory. 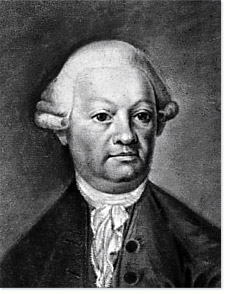 Leopold Auenbrugger (1722-1809): Auenbrugger popularized the technique of percussion, of tapping on the chest and listening for changes in sound to assess the condition of underlying tissues and organs. He applied this technique specifically to the study of tuberculosis, using it to map out cavities and masses in the lungs. 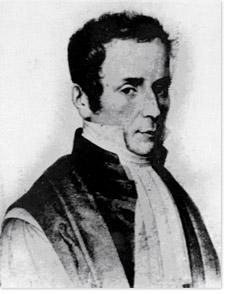 René Théophile Laennec (1781-1826): In 1816 Laennec built upon Auenbrugger's techniques by inventing the stethoscope. Social propriety, or norms of behaviour, prohibited him from placing his ear directly on the chest of a female patient while percussing her chest. Laennec adapted by creating a paper cylinder and placing one end on the woman's chest and the other to his ear. He found this produced clearer results than his ear alone. Laennec used the stethoscope to conduct clinical research, studying the correlation of chest sounds to different physical conditions of the lungs. These studies deepened knowledge of the progression of tuberculosis.

He wrote: "The matter of tubercles may be developed in the lung, or other organs... […] Whatever be the form under which tuberculous matter is developed, it presents, at first, the appearance of a grey semi-transparent substance, which gradually becomes yellow, opaque and very dense. Afterwards it softens, and gradually acquires a fluidity nearly equal to that of pus : it being then expelled through the bronchia, cavities are left, vulgarly known by the name of ulcers of the lungs, but which I shall designate tuberculous excavations." 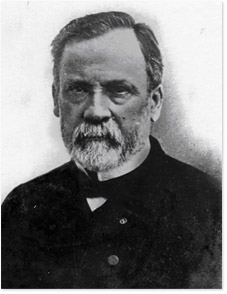 Louis Pasteur (1822-1895): Pasteur’s experiments demonstrated conclusively that micro-organisms did not spontaneously generate and also supported germ theory, the idea that diseases were spread by micro-organisms. This advance in thinking enabled future researchers to pin-point the micro-biological cause of tuberculosis. 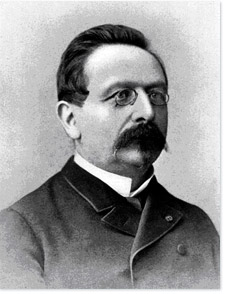 Jean Antoine Villemin (1827-1892): Villemin conducted a series of experiments beginning in 1856 to determine the cause of tuberculosis infection. He inserted pus from the lung of phthisical patient under the skin of one group of rabbits. When this group was dissected two months later they were found to have tubercles in their lungs, whereas their siblings who were not inoculated presented with healthy lungs. This experiment identified pus, and other tubercular material from the lungs, as the contagious agents that spread the disease. These findings were repeated five times using human tuberculosis and six times using bovine tuberculosis. Villemin presented these findings to the Académie de Medicine, but was greeted with little enthusiasm. He continued his research and in 1868 published Études sur la Tuberculose; preuves rationelles et expérimentales de sa spécificité et de son inoculabilité, in which he argued that tuberculosis was more common in crowded living conditions and within groups of people living in a shared space. 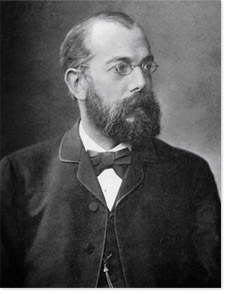 Robert Koch (1843-1910): Koch is considered one of the fathers of microbiology. His research, presented in 1882, identified the specific bacteria that caused tuberculosis. Using material taken from tubercles found in the lungs of animals, Koch discovered the appropriate staining method for viewing the bacteria – namely, methylene blue with a background of Bismarck brown – and identified the rod-shaped bacteria as the cause of tuberculosis. He also presented his three postulates for establishing a conclusive relationship between a bacteria and a disease. First, the bacteria must be found in every lesion in the body. Secondly, it must be cultivated outside the body for several generations. Finally, it must then cause the same signs and symptoms as the original disease when reintroduced into a body. Many scientists and physicians continued to believe that tuberculosis was passed on through heredity despite Koch’s experiments, but more and more it was understood that tuberculosis was caused by a specific bacteria.